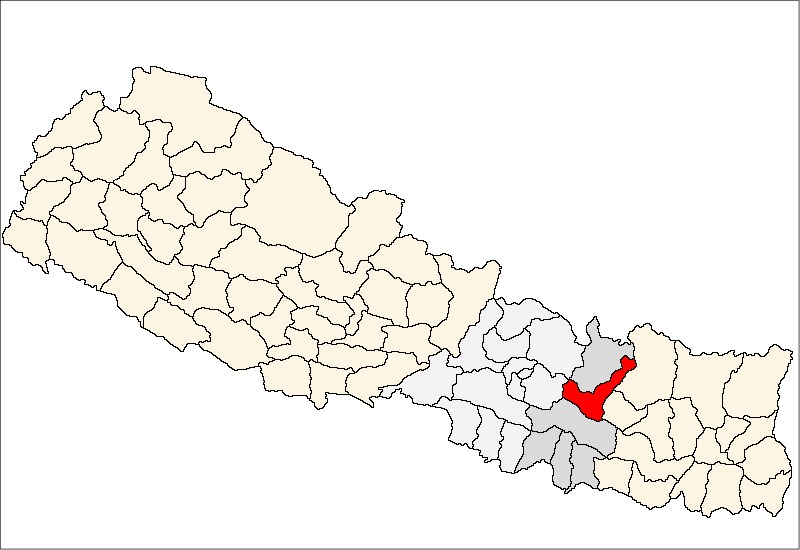 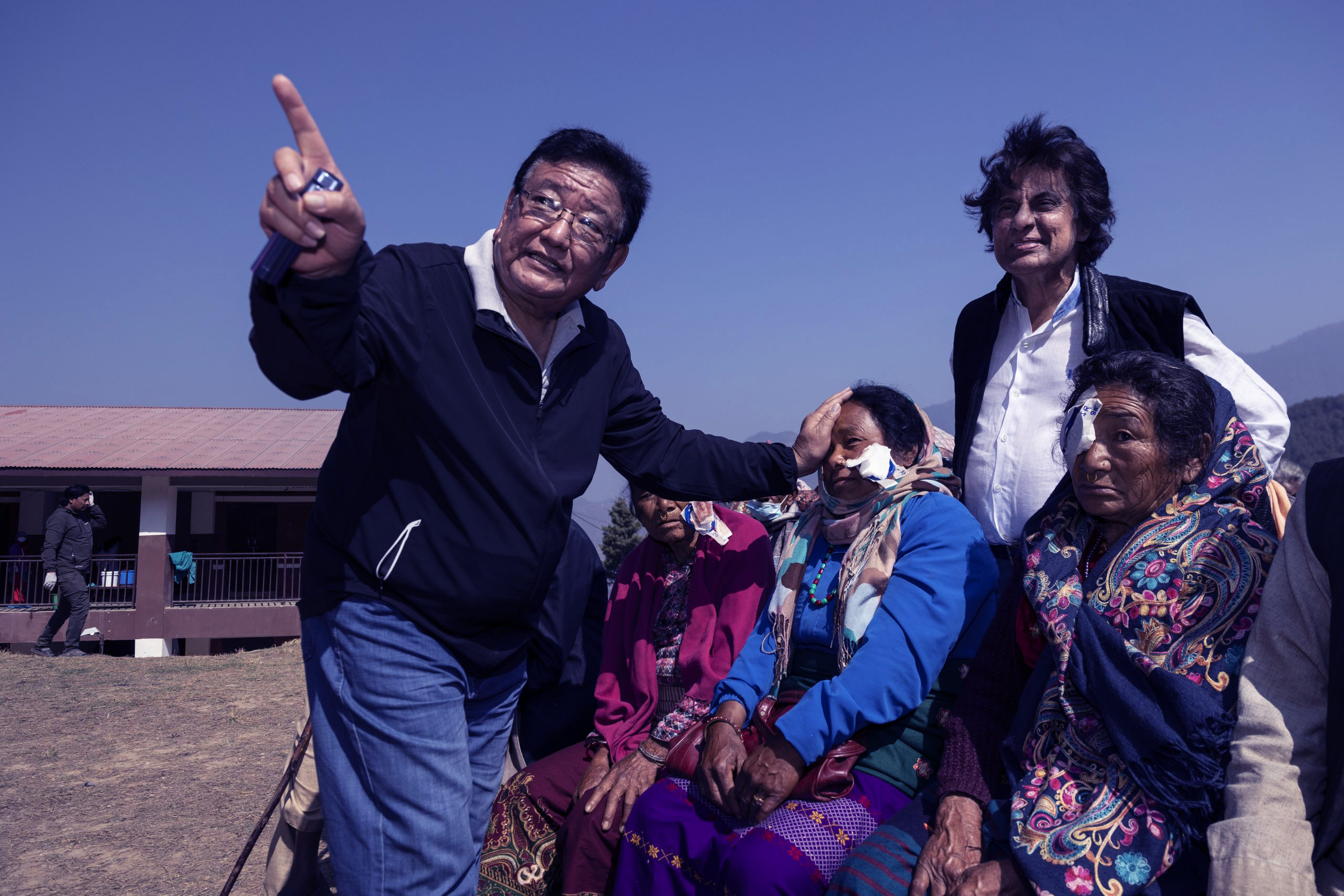 In March, 2022, the Tej Kohli and Ruit Foundation, in collaboration with the Tilganga Institute of Ophthalmology, staged a cataract microsurgical workshop in Doramba, Nepal. This turned out to be one of the biggest outreach camps held in the hilly districts of Nepal.
With 333 patients, all living a life with a visual-impairment, of which nine were completely blind, went home with restored sight in the presence of co-founders Dr Sanduk Ruit, Nepal’s God of Sight, and Tej Kohli, a philanthropist who believes that investment in sight restoration is the most effective way to combat extreme poverty. 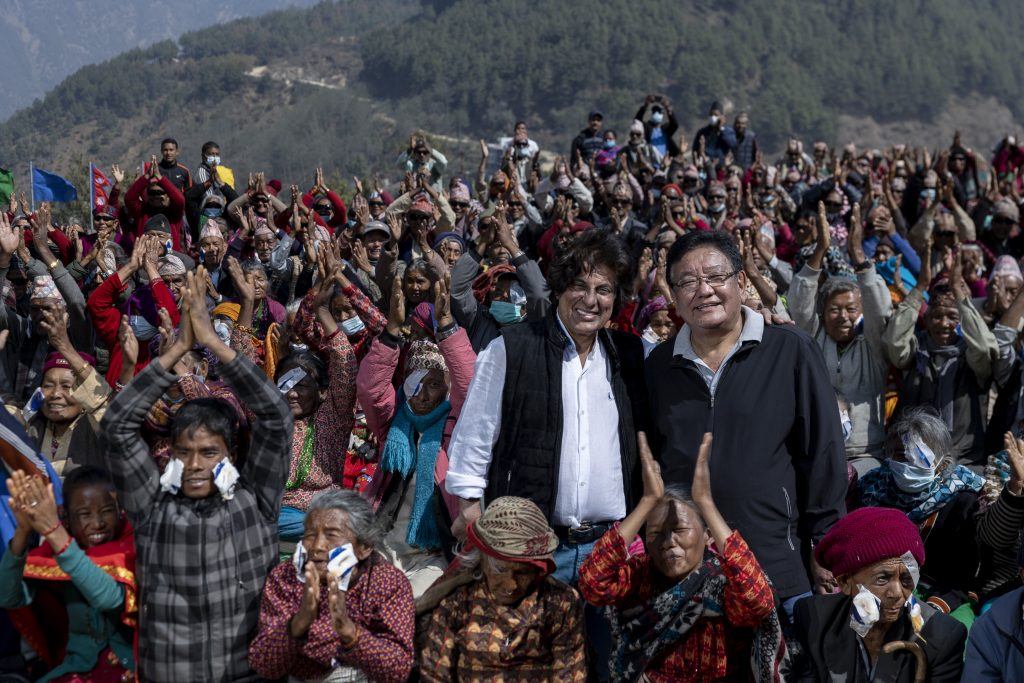 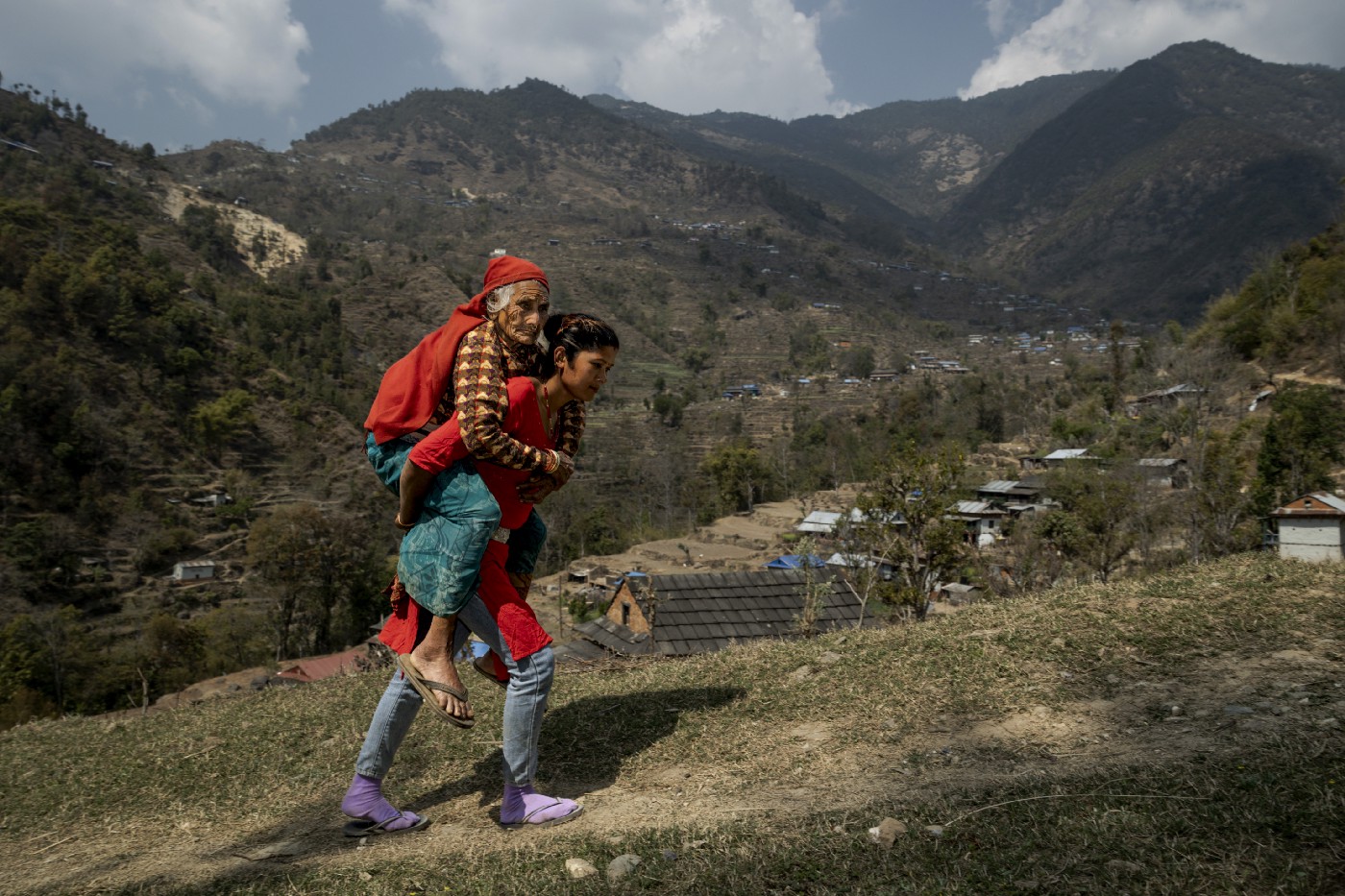 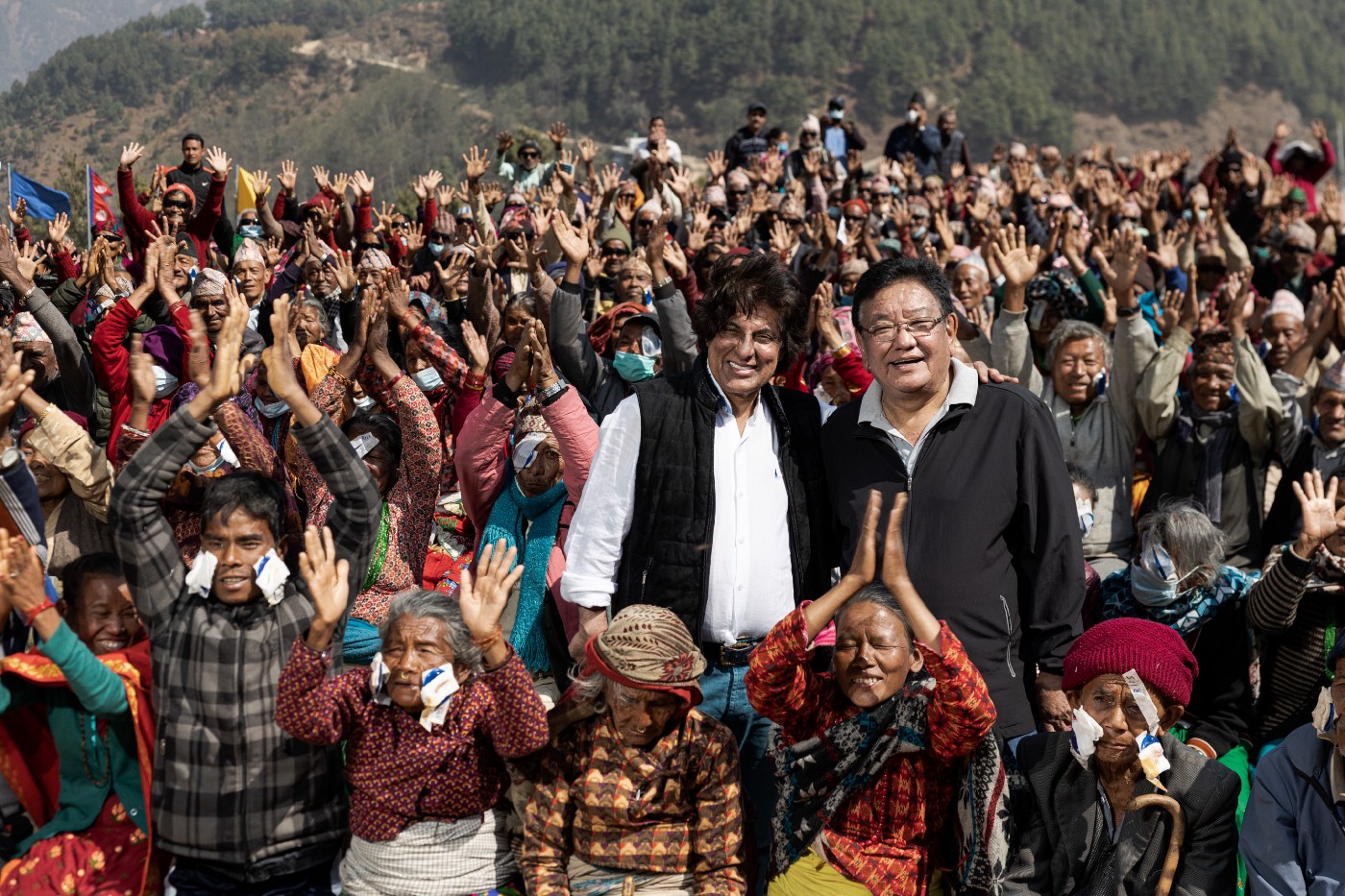 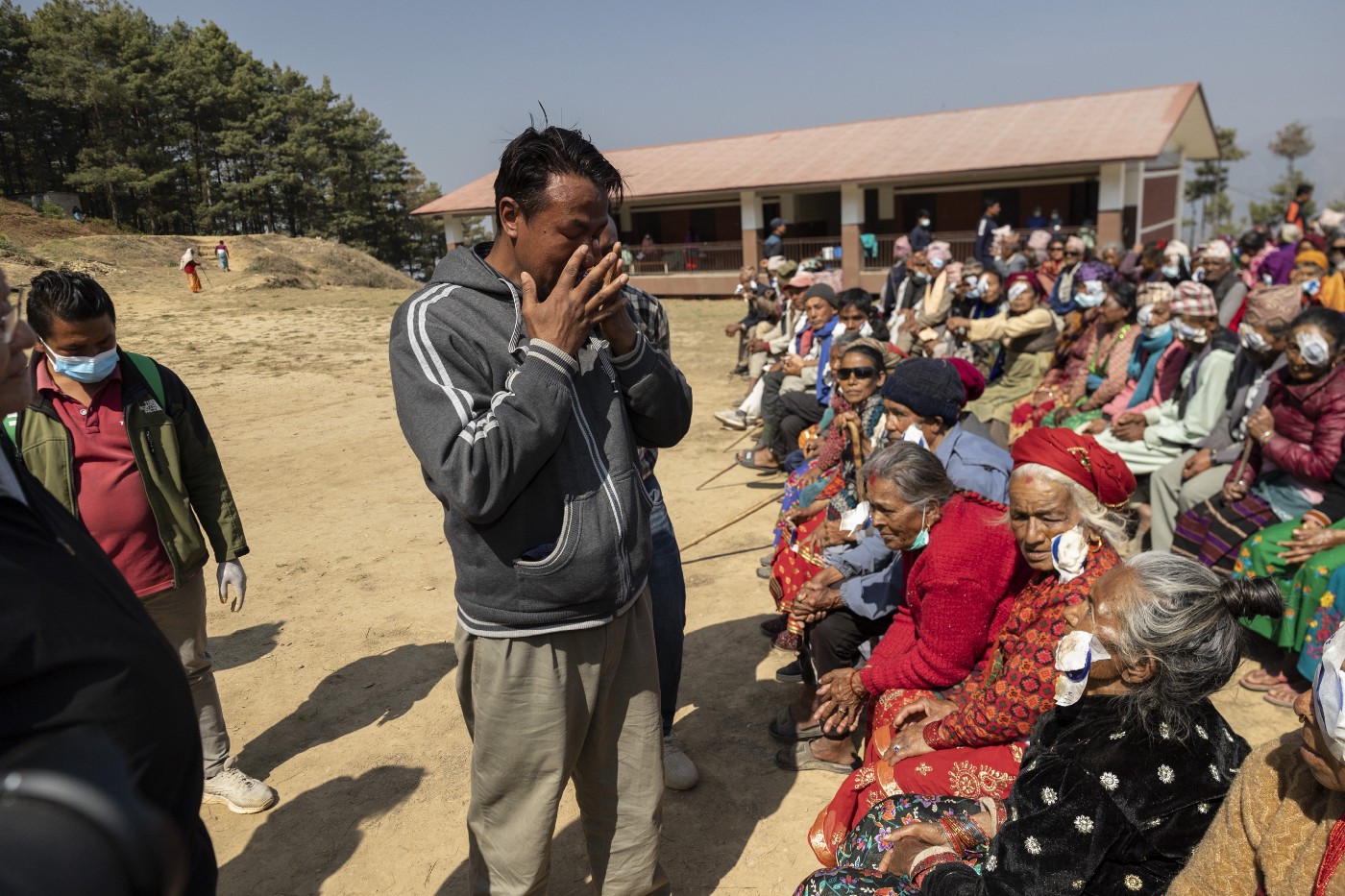 Changing Lives — How One Surgery Can Change a Nation | #2030InSight

Although the microsurgical camp was held on the 18th, 19th and 20th of March, preparations for the ‘mega camp’, which is now being labeled as the “Doramba Model”, were underway from as early as February. The Tej Kohli and Ruit Foundation dispatched a medical team to screen patients from almost all corners of the district. A total of 16 screening camps across the hills surrounding Doramba were organized, and the Tej Kohli and Ruit Foundation screened 3,251 patients of which 333 patients were identified in need of cataract surgery, and were subsequently invited for free surgery in Doramba.

On the 17th of March, buses containing patients who were suffering from cataract blindness along with their caretakers began arriving at the camp. Amongst them were Krishna Bahadur Majhi, Putali Basel, Maichang Tamang, Charke Thami, Jagat Bahadur Tamang, Min Bahadur Tamang, and Lopsang Tamang, who were living with bilateral cataracts and were completely blind. With little means to afford surgery and the closest eye centre with an operating facility being almost a day’s drive away, the Tej Kohli and Ruit Foundation microsurgical camp in Doramba was the closest opportunity they had to cure their blindness. Meanwhile, the Tej Kohli and Ruit Foundation began setting up its makeshift operating theatre in a classroom inside a local school.

On the morning of the 18th, surgeries duly began. Patients were ushered into the operating theatre consistently as Dr Sanduk Ruit and Dr Sagar Ruit performed surgery after surgery via the small-incision cataract surgical method. Dr. Ruit, who has performed over 130,000 cataract surgeries across his career, performed his seven-minute miracles with great precision. On the first day, the Tej Kohli and Ruit Foundation performed 141 surgeries.

In the small operating theatre, he watched Dr Ruit remove both cataracts from Krishna Bahadur Majhi and Putali Basel’s eyes. “Nothing short of miraculous”, Mr Kohli shared with Dr Ruit as the two founders shared a hug outside the operating theatre.

The next day, on the final day of the camp, Dr Ruit and Mr Kohli collectively removed the patches off each of the 333 patients gathered at the camp. The truest and the purest emotions of the camp were perhaps after Dr Ruit and Mr Kohli removed the patches off Maichang Tamang’s eyes. Her son, who had been with her during the entirety of the camp, could not control his tears after his mother recognized him, and told him she could see clearly again. 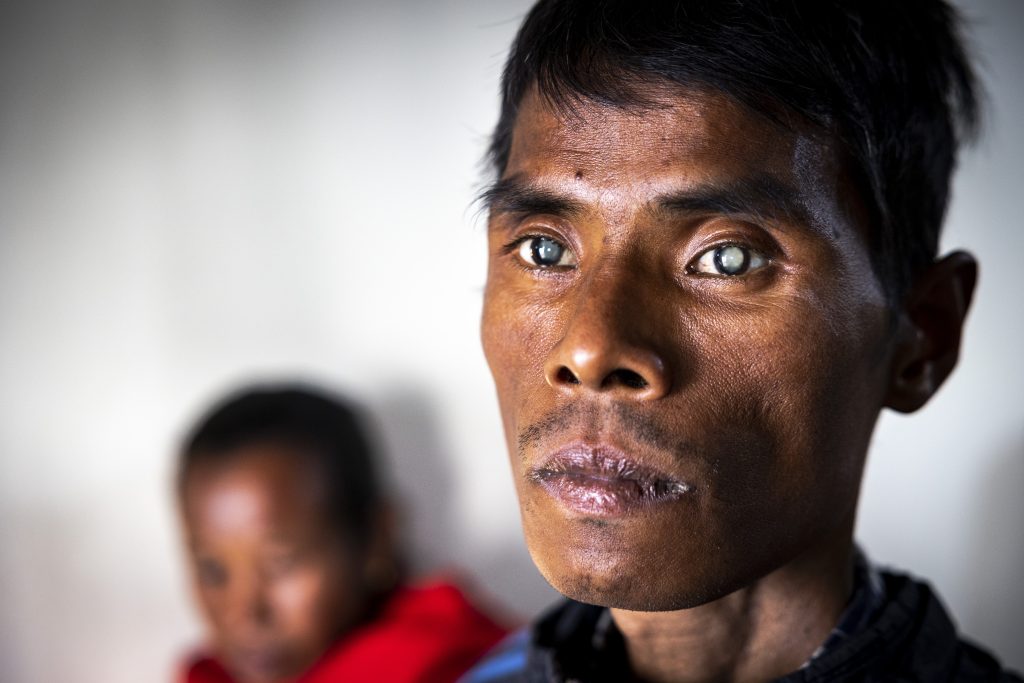 Cataracts are the leading cause of blindness worldwide, accounting for more than fifty percent of the world’s blind and visually impaired. A staggering 90% of the world’s cataract blind live in the developing world, and continue to be needlessly blind due to extreme poverty.

Dr Sanduk Ruit has been on a lifelong mission to end this chain of poverty induced cataract blindness, and has dedicated over 30 years of his career in perfecting a cataract surgical delivery system, and taking the technology to the world’s most underserved communities.

With his new partnership with Mr Kohli, he expects to amplify his work by expanding his efforts to some of the most underserved communities across the world.

Mr Kohli, after witnessing the transformation in lives of the people, and in effect communities, was further reinforced in his belief that taking sight restoration programs such as the Doramba Outreach Camp would transform communities.

Their journey to screen one million and cure between 300,000 to 500,000 by 2030 continues, and immediately after the Doramba camp, the Tej Kohli and Ruit Foundation performed 305 life-transforming cataract surgeries in Nijgad, Nepal.

Our story is one of a unique partnership between ‘God of Sight’ Dr Sanduk Ruit and Mr Tej Kohli. 100% of our work is funded by Tej Kohli and the Kohli family.